It brought me joy when my beautiful baby was finally born. It was like having a new living doll that I couldn't keep my eyes off of it. The first three days were like a babymoon to us, until the reality hits: breastfeeding is not that easy! 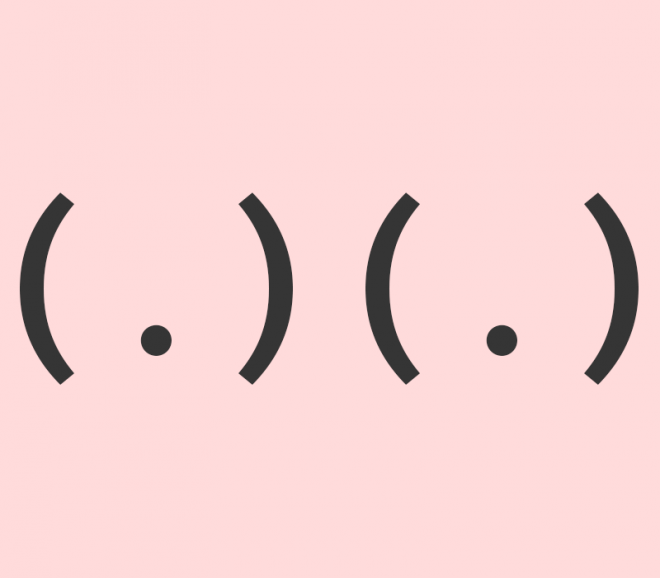 Lesson number one: do not trust the pregnancy books blindly. They often take breastfeeding problem lightly in a way that they don't explain the issues in a detailed manner. Reading all of them made me confident that I can breastfeed my baby without a problem until the day came....

My breastfeeding journey was quite traumatic. At least for me. I was in so much pain in the first two months. I had a long period of bad crack nipples, continued with engorged breast, then last but not least a mastitis. Phewww!

I never thought that a baby could cause nipples to be in terrible shape. They crack badly like they have lost a battle. Every breastfeeding sessions became a nightmare. The pain is unbearable. Especially when newborns need to be fed every two hours. It was painful to the point that I almost give up. One day I told my husband that I couldn't take it anymore, and let's feed the baby with formula milk. But of course, it came out of my frustration. In the end, I managed to breastfeed my baby exclusively.

I tried everything that my friends suggested as well as I found online: coconut oil, applying breast milk before breastfeeding, applying nipple cream, etc. They just didn't work at all.

I also went to a lactation consultant multiple times. On my first visit, she observed the way I breastfeed and how the baby latch on to the breast. She also introduced several breastfeeding positions that might help to reduce the pain. According to the lactation consultant, the best remedy for curing the wounds on the nipples are actually the breast milk and the baby's saliva. So, I have no other options than feeding the baby directly. To give the nipples a rest, she taught my husband to feed the baby with a syringe.

The problem persisted even in the third weeks after delivery. I thought there must be something wrong that even after three weeks it didn't improve at all despite all the efforts. So, we made another visit to the lactation consultant. The lactation consultant arose concern about my baby weight gain. She didn't gain much weight compared to her birth weight. It made me even more stressful. As another attempt, the lactation consultant suggested us to use a nipple shield to protect the wounds so that it can recover faster. The thing with a nipple shield is, there no shield that can fit perfectly. In my case, there is a gap between the shield and the nipple. We realized that it created another problem: my baby become fussier as it caused her stomach to become gassier.

I asked the consultant if it is normal to have the problem even until the third-week postpartum. I wondered if there were any similar cases to mine. She said no. So far I am the only one. Sigh! I was so sad. But then she said that maybe most of the mommies give up after having a persistent problem, and switch to formula milk instead of coming to the lactation consultant. The lactation consultant then suggested us to make a record of the feeding time, pee and poo to make sure my baby has enough milk intake. Well, we can't know precisely how much she drinks, but we can monitor from her wet diaper. From that record, it allowed us to track how many times the baby feed and how frequent is she pee or pass motion at the end of the day. I aimed for 8-12 times feed daily and the same amount of wet diapers.

Another pressure came when we had a one month check up at the pediatrician. Despite her feeding record that shows she should have enough, she was still not gaining weight. The paediatrician said that it is not normal that the baby didn't gain any weight in a month. Yes, when I look at my baby, she's so tiny :(

How I handled it

Seriously! The pediatrician checkup was such a wake-up call for me. I have been too focused on my breastfeeding problem and was so stressful about it for whole the first month. Then, I decided to enjoy breastfeeding sessions and embrace all the pain. As long as my baby has enough milk and healthy.

As soon as I decided to enjoy the journey, my baby seems to improve the latching so significantly, and the nipple wounds recover very quickly. They were fully recovered within three days. I forgot that breastfeeding is about hormones after all. Once I enjoy and be happy about it, the problem subsides very quickly. Breastfeeding becomes enjoyable moments.

Another horror episode in my breastfeeding journey was the breast engorgement. At first, there was a painless small lump at one of the breasts. It was getting bigger day by day. As a newly first time mom, I had no idea how's the nursing bra should be. The lump was formed because one day I wore a nursing bra overnight that was a bit tight.

I thought that it was a blocked duct. So I tried to massage the lump directed to the nipple. I also tried to massage it under the hot shower to make the lump at least softer. However, the lump was so stubborn. It wouldn't go away despite all the messages. There were multiple times that I had a fever because of the lump.

How I handled it

It is unfortunate that the engorged breast had turned into mastitis. The swollen area was painful and hardened. I also had a high fever along. However, the milk flow is still good.

A friend told me that she experienced the same thing. She was given a breast massaged by a nurse to unclog the duct. Although the massage was extraordinarily painful, the problem was solved - no more lump and milk flow are good again.

I thought my condition was similar to hers. So, I went to an Urgent O&G Centre at KKH as it was on the weekend. I went in with almost 40-degree fever with a very painful and swollen breast. I was given paracetamol, and the nurse applied a cold cabbage on the swollen area for temporary care to wait for a lactation consultant. Based on my friend's experience, I expected to have a very painful massage. I was preparing my mental state and prayed during the wait.

I was surprised because when the lactation attended me, she didn't massage the breast. On the contrary, she told me not to massage the swollen area. Massage only the surrounding part, which was not swollen. She also asked me to pump the breastmilk and try to drain the milk as much as I can either by breastfeed or pump. After observing my condition, the lactation consultant referred me to see a breast specialist on the following day.

On the next day, I went to the breast specialist. She made an ultrasound scan on the swollen area. It turned out that it was a breast abscess. The swollen area had already been infected. The infection might be caused by bacteria that goes into the breast. It could be from the baby's mouth or the bra or anywhere else. I suspected that it might come from the baby's mouth as I had open wounds on my nipples beforehand.

Being a zombie-like mama

Within the three weeks taking various antibiotics, the abscess is getting bigger, and the skin layer surrounding the abscess were thinning out. There was a hole emerge on top of the abscess. It was like a volcano that was ready to burst. Having mastitis is my worst nightmare. There were yellow discharges oozed out from the hole. The worse part was, there were several holes! Never in my lifetime, I would imagine that a breast can be a zombie-like. Thank God the wounded area was quite a distance from the nipple, so it didn't affect the breastfeeding.

How I handle it

First of all and most importantly, I tried to be happy and not so stressed about it. Learning from my experience, I healed faster when I was in a positive mental state. It was not comfortable having some wholes discharging puss from your breast. Even though at some points I had to shower only a half-body to protect the wounds, I let it flow and stay positive about it.

The mastitis was treated by taking antibiotics. Other than that, I had to take good care of the wounds. I covered the wounds by an elastic conforming bandage and sealed it with a tape. I also made sure that I did a proper cleaning on the affected area and changed the dressing periodically.

Montessori is a scientific pedagogy applied to child education developed in the 1900s by Maria Montessori, the first Italian woman to become a physician. Dr. Montessori became interested in education while caring for mentally challenged children in a psychiatric clinic in Rome. She made scientific observations about children's learning process

Ramadan will begin in a short while. Have you prepared yourself to make the most out of it? What do you want to accomplish through this Ramadan? Have you planned? Everyone may have different goals. No goal is too big or too small. Every goal is important. But achieving the

Living in a digital era comes with its own benefits and disanvantages. As a parent, we need to equip ourselves with extensive knowledge of the digital world. Thus, we can optimise the benefits of it and minimize the disadvantages while guarding our children from the harmful side. During this week